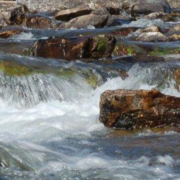 Amy Shallcross called the meeting to order at 10:50 am Central time.  The agenda was not modified.  The Board summary from the March 5, 2020 call was approved by unanimous voice vote.  Drew Dehoff made the motion to approve and Kirsten seconded.

Drew Dehoff reviewed the Treasure’s report.  Total net assets were $113,249.04 after expenses as of March 31st.  Drew noted the slight difference from the Treasurer’s report that Sue sent in the Board packet (sent on March 29 due to 1st Thursday falling on April 2).  The detailed Treasurer’s report is attached.    The difference is explained by the end of month interest payment and the Google mail expense of $6/mo.

The Washington D.C. Roundtable was cancelled due to the COVID-19 pandemic and there was some discussion about cost implications of the Roundtable being cancelled. The ICWP Executive Director, Sue Lowry, estimated less than $1,000 in costs will be incurred and the Hilton Doubletree Hotel reimbursed everything including deposit and processing fees.   A dues check from Indiana is expected soon.

The Executive Director Report dated March 31, 2020 is attached and was distributed to the full Board.

Sue mentioned that In-Situ, one of ICWP’s Bronze Members and will be hosting a webinar on using water data collection tools in academic classrooms.  In-Situ has invited ICWP to make a short presentation as a part of this webinar to broaden our message that Water Resource and Research Institutes at colleges and universities are eligible to join ICWP as an Affiliate member.  Sue Lowry will present an overview of ICWP on this April 24 webinar which starts at noon Central time.  All are welcome to participate.

The new ICWP intern, Sarah Wingfield, has been working on compiling up-to-date lists of the Water Resources agency directors, water planning contact, water use contact list (from Kim Schaffer (USGS)), State Climatologists and State Geologists so that Sue can load those into Mail Chimp.  In addition, Sue mentioned that Andrew Tabas, a recent Georgetown graduate with an interest in water policy, may be available to help develop a more complete Congressional directory  for ICWP.

Sue also reported that the USGS streamgaging support letter was sent to Congressional Interior Appropriations sub-committee members on March 27th.  ICWP again spearheaded the development of a coalition letter supporting the USGS Streamgaging programs to the House and Senate appropriations committees for federal FY21 budgeting. A broad coalition of 57 water related organizations signed on to the letters which were delivered via email due to the COVID-19 shutdowns and restrictions.

Sue also reported to the Board regarding recent conversations that she has had with Tony Willardson, Executive Director of the Western States Water Council (WSWC).  The WSWC has been working with the Senate Environment and Public Works (EPW) committee to develop language to add to the WRDA20 bill to address remaining concerns now the U.S. Army Corps of Engineers is not moving forward with a Water Supply Rule.  Sue sent an email on March 23rd to the ICWP Board and committee members with the proposed language included for everyone’s information and to let her know if anyone had any questions.

The meeting was adjourned at 11:55 a.m. Central time; Earl Lewis made a motion to adjourn and Drew Dehoff seconded.