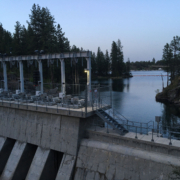 Drew Dehoff, ICWP Board Chair, called the meeting to order at 9:02 a.m. Central time.  The Board summary from the November 4, 2021, call was approved.  Matt Unruh made the motion to approve the summary and Pooja Kanwar seconded the motion.  The meeting summary was approved by unanimous voice vote.

Drew reviewed the Treasurer’s Report in the absence of Brian Atkins and reported total assets were $174,977.27 after expenses as of November 30, 2021.  Further discussion on the Blue Water Outlook proposal was deferred to a later date.  The treasurer’s report is attached.

The Executive Director’s Report dated November 30, 2021, is attached and was distributed the full Board.  ICWP Executive Director Sue Lowry discussed recent activities with the US Chamber Resiliency Coalition which included ICWP signing on to a coalition letter to EPA requesting that states and regional entities be included as WOTUS implementation moves forward. Sue initiated discussion on the Executive Director vacancy announcement which is ready for distribution and includes a current application deadline of January 14, 2022.

Kirsten Wallace provided an update on the Legislation and Policy Committee, including information on the upcoming December 16, 2021, WRDA2022 EPW priority list submittal; information of note which warrants inclusion within the ICWP USGS Streamgaging support letter from the Chris Konrad “Results of 2020 Gap Analysis of the USGS Streamflow Gaging Network” from the Water Data & Science Committee meeting on November 18, 2021; and a request for feedback regarding ICWP’s role in potential advocacy regarding local SRF match requirements.

Drew provided an update on the Water Data and Science Committee in the absence of Amy Shallcross, including information on the November webinar and the previously mentioned Chris Konrad presentation, a potential letter of support on FIRO operations at USACE facilities in collaboration with NWSA, and potential new asks for the 2022 USGS Streamgaging support letter.

Drew provided an update on the Interstate Water Management Committee, including discussion on the December 13, 2021, Committee meeting where past ICWP intern Katherine Tucker will be discussing her work to compare/contrast findings from various interstate organizations regarding interstate projects and grant obligations. Also planned for discussion is the Trans-basin diversions webinar series which the Committee will be hosting in 2022.

Sue provided an update on the Water Planning Committee in the absence of Jennifer Hoggatt, including the presentation from John Boyer of CDM-Smith highlighting water planning examples at differing scales and jurisdictions as well as new tools which support planning and implementation.

Sue also discussed interest in re-engaging efforts of a Membership Committee, for which Matt Unruh agreed to lead.

Heidi Moltz and Sue discussed planning efforts associated with the ICWP Internship Program, including a draft announcement letter to be posted in December following any final feedback provided by COB December 6, 2021.

Sue mentioned planning efforts which would be starting in the near future for the 2022 Washington DC Roundtable scheduled to take place April 5-7, 2022, at the DoubleTree Crystal City.  Discussion also took place regarding potential dates and location for the 2022 ICWP Annual Meeting.