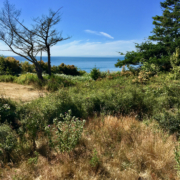 Kirsten called the meeting to order at 9:02 a.m. Central time.  The Board summary from the November 5, 2020 call was approved.  Drew Dehoff made the motion to approve the summary and Jodee Pring seconded the motion.

The Executive Director’s Report dated November 30, 2020 is attached and was distributed to the full Board.  Sue Lowry, ICWP Executive Director, reported that she had a recent conversation with Doug Kluck, NOAA Regional Climate Services Director, Central Region, regarding Atlas 14.  Sue also reported that she had participated in the Great Lakes Commission Annual Meeting that was held online, November 17-19, 2020.  Sue also participated in the American Water Resources Association’s (AWRA) Policy Panel during the 2020 AWRA Virtual Annual Water Resources Conference.

A motion was made by Jennifer Hoggatt to adopt the 9 ICWP Principles Statements and for Sue to have the posted on the ICWP web site.  Amy Shallcross seconded the motion and the motion passed by unanimous voice vote.

The next ICWP Board strategic planning session with Tara Kuipers is scheduled for December 21st.  Sue asked the Board members to review the Powerpoint slides that Tara prepared and edited before the December 21st session.

The Washington D.C. Roundtable is tentatively planned for 1 or 2 days during the week of April 12, 2021.

Heidi Moltz has been working to set up Handshake accounts with universities for announcements regarding the ICWP Internship Program for the spring semester of 2021.  Sue planned to get the announcement out in early December 2020 and the applications will be due January 20, 2021.

The meeting was adjourned at 10:05 a.m. Central Time by ICWP Chair Kirsten Wallace.