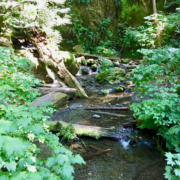 Kirsten Wallace, ICWP Board Chair, called the meeting to order at 9:00 a.m. Central time.  The Board summary from the January 7, 2021 call was approved.  Drew Dehoff made the motion to approve the summary and Jodee Pring seconded the motion.

The Executive Director’s Report dated January 31, 2021 is attached and was distributed to the full Board.  Sue reported that she and Kirsten Wallace were scheduled to have a conference call with John Anderson and Geoff Bowman with Van Scoyoc and Associates, a governmental affairs firm in Washington, D.C., during the afternoon of February 4th.   Jennifer Hoggatt made a motion that Kirsten Wallace and Sue Lowry had the authority to negotiate a contract with Van Scoyoc for a maximum amount of $15,000 with the scope of work guided by the ICWP Legislation and Policy Committee.  Amy Shallcross seconded the motion and it was approved by unanimous voice vote.

The Washington D.C. Roundtable is tentatively planned for two, half-day sessions on April 15 and 16, 2021 and will be co-sponsored with the Western States Water Council and the National Water Supply Alliance.  The Roundtable will include reports from representatives from federal agencies such as the U.S. Geological Survey (USGS), National Oceanographic and Atmospheric Administration (NOAA), the U.S. Army Corps of Engineers (USACE), the U.S. Department of Agriculture (USDA) as well as Congressional committee staff members.

Fourteen applications were received and the selection committee selected 3 for the 2021 program.  The interns will work on projects related to the ICWP Committees of Water Planning, Water Data and Science and Interstate Water Management.

Next call scheduled for March 4, 2021 at 9 a.m. Central time.  In addition to the normal Board call, we will have a follow-up discussion and wrap-up of the 3 strategic planning meetings that were held with Tara Kuipers.

Just before the meeting was adjourned, ICWP Board Member Jodee Pring announced that she was retiring from the Wyoming Water Development Office effective Feb. 5, 2021 and therefore would end her time serving on the ICWP Board.  The Board members thanked her for serving on the Board and wished her well in her retirement.

The meeting was adjourned at 10:13 a.m. Central Time by ICWP Chair Kirsten Wallace.