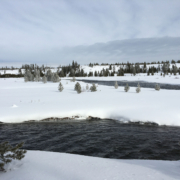 Drew Dehoff, ICWP Board Chair, called the meeting to order at 9:04 a.m. Central time.  The Board summary from the December 2, 2021 call was approved.  Julie Cunningham made the motion to approve the summary and Amy Shallcross seconded the motion.  The meeting summary was approved by unanimous voice vote.

Brian Atkins reviewed the Treasurer’s Report and reported total assets were $169,135.13 after expenses as of December 31, 2021.  The treasurer’s report is attached.

An all-committee webinar has been scheduled for February 9, 2022 that will focus on the trans-basin diversion from the Delaware River to New York City.  The webinar, presented by the Delaware River Basin Commission (DRBC) will be the first in a series of all-committee webinars that will address other existing trans-basin diversions as well as some that are on the drawing boards and been in the planning stage for years.

Legislation and Policy – last met on December 9; next meeting on January 27, 2022

Heidi Moltz and Sue discussed planning efforts associated with the ICWP Internship Program including an announcement letter that was posted in December.   The application deadline is January 14, 2022.

Sue mentioned planning discussions and efforts had begun for the 2022 Washington DC Roundtable scheduled to take place April 5-7, 2022, at the DoubleTree Crystal City.  The Roundtable will be co-hosted by ICWP, the Western States Water Council, and the National Water Supply Alliance.

The meeting was adjourned at 9:59 a.m. Central Time.