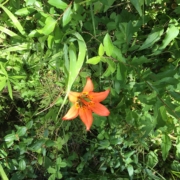 Kirsten Wallace, ICWP Board Chair, called the meeting to order at 9:03 a.m. Central time.  The Board summary from the June 3, 2021 call was approved.  Julie Cunningham made the motion to approve the summary and Drew Dehoff seconded the motion.  The meeting summary was approved by unanimous voice vote.

Brian Atkins reviewed the Treasurer’s and reported total assets were $120,281.21 after expenses as of June 30, 2021.  The treasurer’s report is attached.

The Executive Director’s Report dated June 30, 2021 is attached and was distributed the full Board.   ICWP Executive Director Sue Lowry reported that ICWP has signed on to two letters that the U.S. Chamber Resiliency Coalition has developed.  One letter was in regard to support for Safeguarding Tomorrow through Ongoing Risk Mitigation (STORM) Act funding and the other letter was in regard disaster mitigation attention in the Highway Bill re-authorization.  Sue also mentioned that ICWP signed on in support of the USGS 3D Elevation Program (3DEP) and those letters were sent to the U.S. House and Senate in June.

Sue also reported that she attended the Western States Water Councils’ Summer 2021 Meeting on June 23-25 held in Cody, Wyoming and provided a summary of the meeting.  The meeting was a hybrid in-person and virtual event.

There was some discussion regarding large interbasin transfer (IBT) proposals as a topic for an ICWP Interstate Committee meeting or an ICWP all-committee webinar.  Some IBTs that are being proposed in the United States involve multiple states so many ICWP members may be interested in this topic.

Geoff Bowman and John Anderson with Van Scoyoc Associates will participate in the ICWP Legislation and Policy Committee conference calls.  The Board discussed ideas for expanding the audience for these very informative updates.

Don Blankenau will speak during the ICWP Interstate Committee call on August 17th regarding the recent ruling in April 2021 by the U.S. Supreme Court in the Florida vs. Georgia case.

Sue reported that she and Kristen were working on finalizing the letter to be sent out with the FY2022 invoices in July.  A few states have asked for early invoices and those invoices have been sent out.

The 2021 Annual meeting is planned for the week of October 11 at the Wyndham Hotel in the Philadelphia Historic District.   The Planning Team met on June 30th to discuss developing the agenda and details regarding the field trip.   The Board also discussed options regarding a hybrid or an in-person only meeting

Sue also reminded everyone that the Washington D.C. Roundtable will be held April 5-7, 2022.