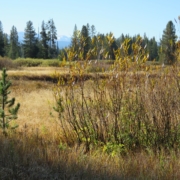 Amy Shallcross called the meeting to order at 10:02 am Central time.  The agenda was not modified.  The Board summary from the May 7, 2020 call was approved by unanimous voice vote; the motion included a direction to Sue that the Board summary would be corrected to show that Heidi Moltz joined the June 4th call late and that Heidi’s name would be added to the version posted on the ICWP web site.  Rhonda Manning made the motion to approve and Drew Dehoff seconded.

Drew Dehoff reviewed the Treasure’s report.  Total net assets were $108,773.45 after expenses as of June 30, 2020.  Drew reported that $1,750 had been submitted and deposited for FY21 dues by the Wyoming Water Development Office and the remaining $1,750 dues payment by the Wyoming State Engineer’s Office would be deposited after July 1st so that Wyoming’s FY21 dues will have been paid during June and July.  In addition, the Delaware River Basin Commission and the Susquehanna River Basin Commission submitted FY21 dues payments of $3,500 each but Sue will deposit after July 1, 2020 so that the revenues are reflected during the 2021 fiscal year.

The Executive Director Report dated June 30, 2020 is attached and was distributed to the full Board.

Sue Lowry, Executive Director, reported that she had received a request from the New England Interstate Water Pollution Control Commission (NEIWPCC) to talk during a virtual meeting hosted by NEIWPCC about USGS streamgaging costs.  Sue reported that she has been talking with some USGS representatives about details related to those costs.

Sue also reported that she has been representing ICWP by participating on the American Water Resources Association’s (AWRA) policy committee.  The committee recently asked Sue to help organize a panel on state and federal water topics for their virtual meeting in early November.

All ICWP dues invoices are ready to go out and should go out the week of Monday, July 6th.   She will also send out personalized letters with the invoices.

The Board will have a couple of webinar sessions during the afternoons of August 24th and 25th.

The meeting was adjourned at 11:15 a.m. Central time; Drew Dehoff made a motion to adjourn and Earl Lewis seconded.