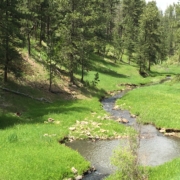 Minutes: The minutes from the May 2 Board meeting were approved (Dru move to adopt minutes, Kirstin Second, All approved)

Treasurer’s Report: See attached spreadsheet.  Drew discussed the Treasurer’s report, noting that there were few transactions in May.  The reimbursement from the NWSA for the Washington Roundtable and Brian Atkins’ registration from that meeting comprised the revenue received in the month.

E.D. report:See separate document (attached). Sue felt that most topics would be discussed elsewhere in the agenda so did not elaborate on items from the report.  She did note her conversation with Brent Newman from the CO Water Conservation Board who replaced Ted Kowalski (Ted was an ICWP Board member for a time).  Brent indicated that Colorado intends to re-join for FY20.

Membership:Dru will contact Loren at Illinois prior to Sue sending out the invoices.  If Dru feels that offering a complementary registration for the Annual Meeting might entice Illinois to join, Dru has the authority to offer that incentive. See discussion below.

Avocet Contract:  Avocet Contract for FY20 and 21:  Brian re-capped the discussions of the Board last call after Sue was excused from the call. Brian and Drew, as agreed on the May call, discussed the contract provisions with Sue and that resulted in the new draft before the Board today for approval.  The Workplan has been updated to reflect the work of the committees and the other planned work of ICWP.  The contract reflects the increase in compensation for Avocet Consult to $5,500/month. Dru moved the approval of the Avocet Consult contract and attached Workplan.  Julie seconded and the motion passed unanimously.

Budget:ICWP Budget for FY20.  Sue discussed the minor changes made from the draft version of the budget presented to the Board on the last call.  Adding $5000 to her travel budget was the only significant change. Dru moved and Kirsten seconded a motion to approve the FY20 budget as presented.  Passed unanimously.

Committees: The Committees are seeking input from the membership on priority topics for the membership.  Kirsten and Sue described the discussion at the last Legislation and Policy committee meeting to develop a survey or other mechanism for enlarging our solicitation of legislation or other advocacy work to tackle on behalf of ICWP.  Kirsten noted that the participation on the committee does not include all members and there are likely topics we are missing that are of concern to at least some members.

Each of the upcoming committee agendas will include this topic and discuss the best way to get input from the members, such as a survey.  Sue will mention that we will be soliciting prioritization of topics in the cover email that accompanies the invoices.  We will shoot for the last 2 weeks of July for members to complete the survey and then the results could be available for the Board Strategic Planning discussion in early August.

Annual Meeting: The Field Trip on Oct 8 will be a tour of Mobile Bay via boat cruise. The boat will leave from the dock across street from hotel.  The tour will include a trip into the Mobile River Delta and part of estuary. Both an urban harbor and the remote area in delta will be explored. The agenda was reviewed and there were suggestions for speakers and topics.

There was discussion on offering complimentary registration and hotel/travel for prospective members to attend the annual meeting. The Board was amenable to the idea with the focus on states most-likely to join. Candidates at the time of the meeting were MS, TN, IL and ORSANCO. Motion for Brian to offer complimentary hotel and registration for up to 3 prospective members (States or organization). (Dru moved, Amy second, All approved).

August 5 Board Retreat:  Amy will arrange a GoToMeeting provided service if hers is not reserved for another meeting. Brian is able to provide webinar service as well.  The August 1 Board meeting is cancelled because the retreat is on the 5th.