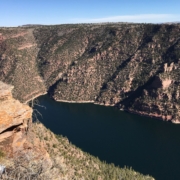 Kirsten Wallace, ICWP Board Chair, called the meeting to order at 9:02 a.m. Central time.  The Board summary from the May 6, 2021 call was approved.  Vice Chair Drew Dehoff made the motion to approve the summary and Julie Cunningham seconded the motion.  The meeting summary was approved by unanimous voice vote.

Brian Atkins reviewed the Treasurer’s and reported total assets were $124,419.05 after expenses as of May 31, 2021.  The Board voted to extend Executive Director Sue Lowry’s contract for one additional year (through June 30, 2022) with the goal that a new Executive Director to be on board by June 1, 2022.  Drew Dehoff made the motion and Julie Cunningham seconded the motion.  The motion was approved by unanimous voice vote.

The Executive Director’s Report dated May 31, 2021 is attached and was distributed the full Board.

Sue announced the Western States Water Council’s (WSWC) Summer 2021 Meeting will be held in Cody, Wyoming June 23-25.  The WSWC is offering attendees the option of attending in person or virtually and Sue proposed attending in person and the Board supported her decision.  Sue also reported that all 3 ICWP interns had completed their projects and their reports have been posted on the ICWP web site.

Sue reported that invoices for the next fiscal year will be sent out during June and July.  She asked for suggestions for topics to mention in the cover letter that is sent out with the invoices and there was agreement that it was worth mentioning that ICWP has continued to be very active during the past year by still hosting virtual meetings of the ICWP Annual Meeting and the Washington D.C. Roundtable as well as the committee meetings.  Drew Dehoff also suggested that it would be good to mention the value of adding the services of Van Scoyoc Associates to help with staying abreast of legislative activities that ICWP members might be interested in.  ICWP’s involvement with various Coalitions might also be worth mentioning in the letter.

The 2021 Annual Meeting is still planned for the week of October 11 at the Wyndham Hotel in the Philadelphia Historic District.  Amy Shallcross has been working on a list of topics for the Annual Meeting and there was some discussion about topics of interest.  The Board also discussed ideas for a field trip as has been offered for previous Annual Meetings.

Sue announced that the 2022 Washington, D.C. Roundtable would be held April 5-7, 2022 and would be co-hosted by ICWP, the Western States Water Council, and the National Water Supply Alliance.

Rhonda Manning announced that this was her last ICWP Board call because she was retiring within the week.  The Board members wished her well and thanked her for contributions to the Board.