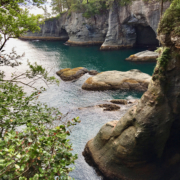 Amy Shallcross called the meeting to order at 10:02 am Central time.  The agenda was not modified.  The Board summary from the May 7, 2020 call was approved by unanimous voice vote.  Jennifer Hoggatt made the motion to approve and Drew Dehoff seconded.

Drew Dehoff reviewed the Treasure’s report.  Total net assets were $103,806.98 after expenses as of May 31st.  Jennifer Hoggatt had a conversation with Barr Engineering to see if they are still interested in being one of ICWP’s Bronze members, but it appears that Barr will not be able to be a member for the upcoming year.  Also, Sue and Drew have been working on developing on an outline for an ICWP Finances Standard Operating Procedures (SOP) document.

A proposed budget for FY2021 was presented for the members to approve; Jodee Pring made a motion to approve and Rhonda Manning seconded the motion.  The budget was approved by unanimous voice vote.

The Executive Director Report dated May 31, 2020 is attached and was distributed to the full Board.

Sue Lowry, Executive Director, reported that WestFAST scheduled 3 federal update webinar briefings to cover some of the material that would have been presented at the Washington D.C. Roundtable in March and those briefings were held during the month of May.  ICWP members were invited to those virtual briefings and the briefings went well.

Sue recently sent a draft FY2021 invoice letter out to the Board members and asked that everyone review the letter and submit comments to her by June 10th.      The invoice letter will reflect that dues will not be increased this year as originally planned.  Sue will query the members to see any would like their invoice early to utilized FY20 funds.

The Board decided not to meet at the YMCA Camp in Estes Park, CO as originally planned but instead will have a couple of webinar sessions August 24th and 25th (probably in the afternoons).

The meeting was adjourned at 11:20 a.m. Central time; Drew Dehoff made a motion to adjourn and Matt Unruh seconded.