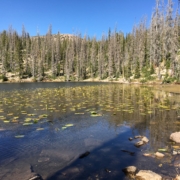 Drew Dehoff, ICWP Board Chair, called the meeting to order at 9:02 a.m. Central time.  The Board summary from the February 3, 2022 call was approved.  Amy Shallcross made the motion to approve the summary and Pooja Kanwar seconded the motion.  The meeting summary was approved by unanimous voice vote.

Brian Atkins reviewed the Treasurer’s Report and reported total assets were $159,153.88 after expenses as of February 28, 2022.  The treasurer’s report is attached.

Drew Dehoff reported that the Executive Director search committee had selected three candidates to interview for the ICWP Executive Director position.  A special Board of Directors call will be scheduled for later in March if a candidate is selected so that an announcement can be made before the Washington, D.C. Roundtable in April.

Legislation and Policy – last met on March 2; next meeting April 13

Sue Lowry reported that three interns had been selected for ICWP internships.  The interns are:

The interns will be focusing on Climate Adaptation/Federal Agency plans; Irrigation infrastructure; and reviewing the new USGS circular on Water Research institutes and fleshing out any state meeting convened with the Nicholas Institute to implement Aspen Institute recommendations.

The first Thursday in April will fall during the Washington Roundtable and the Board may meet at some point during the Roundtable depending upon how many Board members are able to attend in person.  The following meeting date will be May 5.