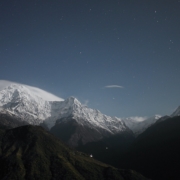 Brian Atkins called the meeting to order at 11:04 am ET.  A quorum was present.

Minutes – The March 7, 2019 Board minutes were approved.  (Moved by Drew Dehoff, Second by Amy Shallcross, All in favor)

Treasurer’s Report– See attached spreadsheet.  Net assets are $70,292.72 in Wells Fargo and PayPal accounts. A check of $4764.60 from NWSA for joint Roundtable expenses is expected. Total liabilities are the Avocet Invoice (E.D.) plus her travel expenses for Round table. A notable expense since the last Board meeting was $180 for Herculiz for make non-post changes to the website (Word Press updates). The Roundtable made a modest profit of $178. Note that the sponsorship dues include attendance at either the Round Table or Annual Meeting and that was not included in the accounting.  Drew also noted that the budget for the Round Table included Sue’s travel. By the end of May, Sue will provide a draft cover letter of ICWP accomplishments to be sent with membership invoices.  Sue’s goal is to send the invoices by June 10th.

Avocet Contract/Sue Lowry Compensation.  Sue has been working more hours than she anticipated. She would like to continue working as the Executive Director for ICWP. The level of effort is more than a part-time position (almost full-time) and she would like her compensation to be increased from $48k to $66k and if additional time/effort is needed, it would be handled on a task order basis, compensation.  She was concerned that some of the committee work would absorb too much of her time, although Drew’s staff and others will assume more of those responsibilities. The budget can absorb the additional compensation if ICWP maintains its current income.  Drew noted that Sue’s fee is less than what was paid to either Peter or Ryan. Board members also need to work on recruiting members, but Sue has been successful in signing new members and the increase to her travel budget noted in the Treasurer’s Report will help with recruitment efforts. Drew noted that current members are anticipated to stay members and sustaining memberships have been increasing their levels. Board feels Sue represents ICWP well and she has raised ICWP’s profile. Board decided to pursue a two-year contract with Sue to preserve.  However, contracts are written with a termination clause, so the Board is not concerned about the longer duration contract. The contract will be similar to the existing contract except for the duration and compensation. Brian and Drew were authorized to develop and negotiate a contract with Sue. (moved: Earl Lewis, second: Amy Shallcross, all in favor).