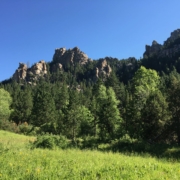 Kirsten Wallace, ICWP Board Chair, called the meeting to order at 9:01 a.m. Central time.  The Board summary from the April 1, 2021 call was approved.  Matt Unruh made the motion to approve the summary and Drew Dehoff seconded the motion.  The meeting summary was approved by unanimous voice vote.

Brian Atkins reviewed the Treasurer’s and reported total assets were $130,057.30 after expenses as of April 30, 2021.  Brian reminded the Board members that the contract for ICWP Executive Director Sue Lowry will expire June 30, 2021 and that Sue has agreed to stay on for one more year while the Board searches for a new Executive Director to be hired in 2022.  The Board officers will work to discuss the best method for a one-year contract and present it to the Board to vote on the contract during the June Board call.  In addition, the FY22 budget will also need to be presented and voted on during the June Board call.  The treasurer’s report is attached.

The Executive Director’s Report dated April 30, 2021 is attached and was distributed the full Board.   Sue Lowry reported that the National Oceanic and Atmospheric Administration’s (NOAA) National Integrated Drought Information System (NIDIS) Executive Council held a virtual meeting on May 4, 2021 and gave a summary of the meeting.

Sue reported that nearly 200 people registered for the Washington D.C. Roundtable that ICWP co-hosted with the Western States Water Council and the National Water Supply Alliance that was held April 15-16, 2021.  Sue is following up with states and consulting firms who participated that currently are not members of ICWP.

Sue reminded the Board that the Strategic Plan is completed unless any Board members had any other changes to make.  The Board discussed posting the Strategic Plan to the ICWP web page and make it more visible to the public.  After discussion, the Board voted to formally adopt the Strategic Plan with a public version (which will include Focus Areas 1-3) and an Administrative version (all four Focus areas) and place them on the ICWP web site. The public version will be placed near the Principle Statements and the Administrative version with other ICWP internal documents.  Kirsten Wallace made the motion, Drew Dehoff seconded it and it was approved unanimously.

Sue reported that all 3 interns are finishing up their projects in early May and that all 3 gave brief summaries of their projects on April 16 during the Washington D.C. Roundtable.   Sue reported on Katherine Tucker and Aislinn McLaughlin earlier during the call but added that Caroline Schwab prepared a fact sheet about ICWP support for USGS streamgages to be used as a leave-behind to congressional offices after briefings on the streamgaging support letter.

The 2021 Annual meeting is still planned for the week of October 11 at the Wyndham Hotel in the Philadelphia Historic District.  Sue has talked to a hotel representative and the hotel has indicated that they will be flexible with us.