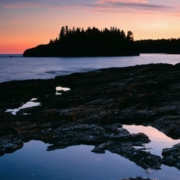 Amy Shallcross called the meeting to order at 10:53 am Central time.  The agenda was not modified.  The Board summary from the April 2, 2020 call was approved by unanimous voice vote.  Drew Dehoff made the motion to approve and Earl Lewis seconded.

Drew Dehoff reviewed the Treasure’s report.  Total net assets were $109,446.14 after expenses as of April 30th.  Indiana’s dues were received during April which was very good news.  Jennifer Hoggatt will reach out to Barr Engineering to see if they are still interested in being one of ICWP’s Bronze members.

A proposed budget for FY2021 was presented for the members to consider and will be voted on during the June Board call.

The Executive Director Report dated April 30, 2020 is attached and was distributed to the full Board.

Sue Lowry, Executive Director, mentioned that she had conversations with Vicki Lukas, USGS, and J.B. Byrd, 3DEP (3D Elevation Program) Coalition director, integration between NHD and 3DEP products.  regarding how ICWP could help advocate for the USGS National Hydrography Dataset (NHD).  The goal will be to work more to help coordinate both programs and their products.

Sue also reported that In-Situ, one of ICWP’s Bronze Members, hosted a webinar on using water data collection tools in academic classrooms and they had invited ICWP to make a short presentation as a part of this webinar.  The goal of the presentation was to broaden our message that Water Resource and Research Institutes at colleges and universities are eligible to join ICWP as an Affiliate member.  Sue reported that the presentation went well.

The intern, Sarah Wingfield completed her tasks and recently finished her internship.  Also, Andrew Tabas, a recent Georgetown graduate that also helped Sue recently finished his tasks.  Both did a great job and a list of what they accomplished is in the Executive Director’s report.

The meeting was adjourned at 12:05 p.m. Central time; Jennifer Hoggatt made a motion to adjourn and Drew Dehoff seconded.