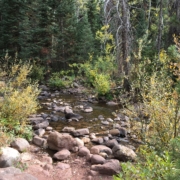 Kirsten called the meeting to order at 9:05 a.m. Central time.  The Board summary from the October 1, 2020 call was approved.  Amy Shallcross made the motion to approve the summary and Drew Dehoff seconded the motion.  All Board members felt the virtual Annual Meeting was a success and the virtual format allowed for increased participation. 11 non-member states registered.

Brian Atkins reviewed the Treasurer’s report and reported total net assets were $161,557.90 after expenses as of October 31, 2020.   Payments of $21,500 for dues were received during the month of October with $86,710 in dues received so far during this fiscal year.  All of the ICWP Sustaining Members have paid dues for this year.  Sue Lowry, ICWP Executive Director, reported that the Tri-State Water Resource Coalition will not be able to renew their membership this year.  The treasurer’s report is attached.

The Executive Director’s Report dated October 31 is attached and was distributed to the full Board.  Sue Lowry, ICWP Executive Director, reported that Sue Layton has recently been named as the U.S. Army Corps of Engineers (USACE) Planning Assistance to the States (PAS) Program Director.   Sue will contact Susan Layton soon to introduce Susan to ICWP and talk about some current issues with the PAS Program.  Sue also reported that she participated in 2 stakeholder meetings held by the USACE Revolutionize Civil Works initiative on October 14th and 21st.  In addition, Sue planned to register for the Great Lakes Commission Annual Meeting that will be held online, November 17-19, 2020.

Sue reported that she had been approached to develop a joint statement with the Western States Water Council (WSWC) and the National Water Supply Alliance (NWSA) so she will work with Tony Willardson (WSWC) and Dave Mitamura (NWSA) to draft a letter and submit it to the ICWP Board members to review.

Two ICWP Board strategic planning sessions with Tara Kuipers are scheduled for November 23rd and December 21st.  Tara has developed a survey for the ICWP Board members to complete and Sue will forward it to the Board members.  Tara will develop the agenda from that survey.

Next call scheduled for December 3 at 9 a.m. Central time.

The meeting was adjourned at 10:00 a.m. Central Time by Vice Chair Drew Dehoff.