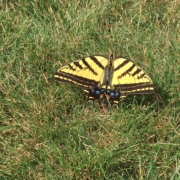 Amy called the meeting to order at 9:01 a.m. Central time.  The Board summary from the September 10, 2020 call was approved.  Drew Dehoff made the motion to approve the summary and Earl Lewis seconded the motion.

Drew Dehoff reviewed the Treasurer’s report and reported total net assets were $145,723.12 after expenses as of September 30, 2020.   Payments for dues have slowed but dues were received during the month from YSI-Xylem and the Kansas Water Office.  The treasurer’s report is attached.

The Executive Director’s Report dated September 30, 2020 is attached and was distributed to the full Board.  Sue Lowry, ICWP Executive Director, provided an update regarding memberships.   West Virginia and Illinois are either processing their invoices or have indicated that they will be submitting dues soon; however, Kisters will not be able to pay this year due to COVID-19 impacts on their budgets.  Sue has sent out second notices to those who have not responded.  Sue also reported that she will be speaking during the policy session on November 10th during the American Water Resources Association’s (AWRA) Annual Conference to be held virtually, November 9-11.

During the September Board call, Kirsten and Sue were asked to explore what amount of congressional contact/education was allowed under a 501(c) (3) non-profit status.  Kirsten’s auditor and Sue’s research into the IRS webpage both came to the conclusion that an organization as small as ICWP can provide advocacy messaging to both Congress and to agency administrations.  Only direct contributions to candidates is prohibited.  So, the Board directed Sue and Kirsten to set up a time with John Anderson with Van Scoyoc Associates after the election to see whether Van Scoyoc would even have an interest in working with an entity as small (and resource limited) as ICWP.

The discussion regarding the ICWP committees focused on the committee sessions of the upcoming ICWP Annual Meeting.  Sue and the committee chairs have worked to finalize the agendas and the Principles Statements for each committee to be presented during the October 15th membership session.  Drew Dehoff, Interstate Committee Chair, announced the Interstate Water Solutions report has been released and is available on the ICWP web site.  Drew also added that the  Executive Summary and the primer summarizing interstate water management organizations and benefits are  being finalized and will be posted on the ICWP web site soon.

ICWP’s Annual Meeting will be held virtually this year with four sessions scheduled on October 6, 8, 13, and 15.  All sessions will begin at 9 a.m. Mtn; 10 a.m. Central; 11 a.m. Eastern and will last for 2 1/2 hours each and will be held in a WebEx platform.  The agenda has been finalized and the packets will be finalized before October 6th session.  Sue reported that 120 people had registered for the sessions.  Discussions were primarily focused on logistics for the meetings.

Sue reported that the Principle Statements are ready to be presented and discussed during the ICWP Annual Membership Meeting on October 15th.  In addition to committee reports, elections of Directors and Officers will be held.  The slate of candidates will be as follows:

There was some brief discussion about the possibility of holding the Washington, D.C. Roundtable in early 2021, possibly the weeks of March 22nd or April 12th.  The Roundtable will most likely be a virtual meeting like the upcoming 2020 ICWP Annual Meeting.

Sue reported that Tara Kuipers, a facilitator, educator, coach and project manager from Cody, Wyoming, had provided some dates that Tara would be available to for strategic planning discussions with the Board.  The Board tentatively agreed on Monday, November 23rd and Monday, December 21st.

Next call scheduled for November 5 at 9 a.m. Central time.

The meeting was adjourned at 10:00 a.m. Central Time by Chair Amy Shallcross.