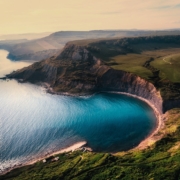 Brian called the meeting to order at 10:05 a.m. Central  The agenda was not modified. There was not a quorum on the call, so the approval of the September 12 Board minutes will be deferred until the Nov. 7 call.

Drew was not able to be on the call, so Sue reviewed the Treasure’s report.  The Wells Fargo Balance on 9/30 was $109,903 and the PayPal balance was $20,000.  Total assets are $129,902.71.  Drew did ask Sue to bring up the review of the monthly AvocetConsult invoice during Kirsten’s maternity leave.  It was decided that having Drew, Brian and Amy review would be more than adequate.

The Executive Director Report dated September 30, 2019 was distributed to the full Board.

Sue mentioned that South Carolina had not paid their dues yet.  Brian recalled that Hope Mizell attended the Little Rock meeting and he will get her contact info to Sue for follow-up.

The 2019 Annual Meeting– Mobile, Alabama October 8-10, 2019 -Sue recapped the registration numbers (around 60).  How to present the dues increase was discussed.  It will be made clear that in the next year ICWP will address the priority issues identified  in the survey results.  No dues increase has been made since 2005 and the argument can be made that there is more value added to being an ICWP member.  Drew will lead the discussion during the members’ meeting and depending upon the reaction, the Board is fine with delaying the increase for a year if needed.

Next call scheduled for Nov. 7 at 2 p.m. Central. In Dec. may need to move from the  5th (next NIDIS Executive Council has been set for this day, so will need to shift to a new date)