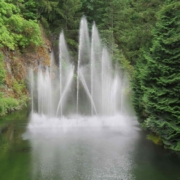 Brian called the meeting to order at 1:31 pm.  The agenda was not modified. The August 5, 2019 Board Strategic Planning Summary was sent on the 11th, so all may not have had a chance to review.  The Board agreed to tentatively approve the summary unless comments were received by the end of week (C.O.B. Friday). Earl moved.  Drew second. All approved.

Drew reviewed the Treasure’s report.  The Wells Fargo Balance on 8/31 was $105,746 and the Paypal balance was $9662.26.  Total assets are $115,409.09.  Expenses in August were the website, GotoMeeting license, and deposits for the annual meeting.  The only liability was Sue’s fee.  Dues payments have subsided.  No new dues payments were received prior to this meeting. See attached spreadsheet.

The Executive Director Report dated August 31, 2019 is attached. Issues and updates in the report were discussed later in the meeting.

Drew summarized the presentation he gave at the last meeting (9/10).  SRBC, as an interstate agency, works closely with partners to avoid redundant data collection and shares data with members and other partners.  The key issues are related to the sharing of data with different platforms and formats.  One example is water use data: different formats, thresholds, permits requirements, metadata, etc. SRBC shares data with members and public through web portals. They also have experience with data gathered from partners (WU and availability) collected for different purpose or programs: permits, registration, thresholds, etc.  He noted that tool used to “pull” data are only useful if they can be updated as formats and platforms change. SRBC continues to improve the manner with which to share data with public and share and exchange data with partners.

Dues payments are slow to come in so Sue will send second notices. The annual meeting has provided a good reason for Sue to reach out to Bronze members and remind them to pay dues.  On the pursuit of consulting firms as affiliate members, we need to send national level contacts to Sue. Brian was not successful with Jacobs/CH2MHill due a lengthy approval process.  Sue approached HDR, but they did not seem interested.  Sue met someone from John Deere and they may be interested in joining next year.

Oct. 3 – 10 Central – check in meeting prior to Mobile.  Next calls scheduled for Nov. 7 and Dec. 5 (next NIDIS Executive Council has been set for this day, so will need to shift to a new date)