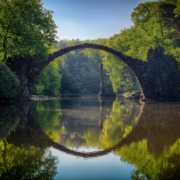 MINUTES
BOARD OF DIRECTORS MEETING
SEPTEMBER 14, 2018

⦁ Call to Order – Julie Cunningham called the meeting to order shortly after 11:00 a.m. Eastern. No additions or changes to the draft agenda were proposed. These Minutes reflect the significant issues reviewed and resolutions adopted.

⦁ Treasurer’s Report
Balances (Drew). As of Sept. 1, ICWP balances totaled $70,598.71, consisting of $565.34 in Commerce Bank Checking, $65,517.33 in Wells Fargo, and $4,561.04 in PayPal. Liabilities totaled $4,652.57, consisting entirely of Avocet Consult’s August 2018 invoice. Notable activity during the month of August included payments to: Oturia for web hosting ($100); Herculiz for half of web re-design cost ($1,700); the Estes Park YMCA lodge ($812.07); and GoDaddy, for annual website hosting, site backup, SSL security certificate, and domain registration ($145.45); and income of $10,785 in dues and sponsorship payments (from USACE, Wyoming, Alabama DECA, Chester Co. PA, Peter Evans, and Hazen and Sawyer), plus nine Annual Meeting registration payments. Budgeted costs for the Estes Park meeting totaled $1,500, and actual costs totaled $1,148, for a positive net of $352.
Pending Payments and Registrations (Sue). Sue added that during the first two weeks of September, Holly Stoerker and David Pope had sent alumni member dues checks and that annual meeting registration payments had continued to come in, including in response to a second notice mailing. Sue expects $5,000 payments shortly from each of the states of Minnesota, Pennsylvania and Oklahoma. She also sent dues/sponsorship reminders to selected consulting firms, noting in these that she would love to include their firms’ logos in the annual meeting materials.
Sue noted that Kansas has not paid dues for the last couple of years. Earl Lewis was not on the call, so the matter was not resolved; however, Sue reported that he had been among the first to register for the annual meeting. Julie noted that Kansas has become active in the recently formed NWSA; she wonders if the state’s priorities have shifted. She noted that Ginger Harper had an expectation of returning after completing her temporary assignment with the Corps.
Reserve Policy (Sue and Drew). Prior to the Sept. 14 meeting, Sue circulated a draft Carry-over Reserves Policy for the Board’s review and consideration. The policy would establish carry-over goals for each of the next five fiscal years (FY 2019 through FY 2023) to achieve a reserve equal to one year’s operating expenses – approximately $75,000. Since ICWP had a carry-over of $31,316 at the end of FY 2018 (ending June 30, 2018), an additional $43,684 is needed to reach the $75K goal – or an additional approximately $8,740 during each of the next five years. Sue noted that at the time of adoption of the FY 2019 budget, the Board estimated that as much as $10,245 could be available at the end of FY 2019 for building the reserve, making the five-year goal seem reasonable. Since expenses typically rise, at the time of adoption of the budget each year, the policy could include revisiting and if necessary adjusting the goal and the plan for attaining it.
Drew noted that the Board should develop a strategy for ensuing the surplus required over the next five years to reach the goal. The strategy need not necessarily be part of the policy, but could be attached to it or included in a statement of intent. It might include elements like cutting costs where possible; assessing a one-time surcharge on members if the necessary annual carry-over is not achieved; and/or adding a sustaining affiliate member each year. It was agreed that the reserve policy need not be included in the annual meeting packets, but it could be added to Board area on the new website. Sue and Drew will work on adding a few sentence to the draft policy to reflect the actions that might be taken if reserves goals are not being met.

⦁ Executive Director’s Report
Sue noted that the Board retreat in Estes Park had been great. Her report otherwise focused on membership development; acquiring the ICWP.org domain name, ownership of which had unwisely been given to ICWP’s longstanding web contractor, Oturia; and her upcoming travel. She reported that working with Jason of Oturia, ICWP’s new website designer Liz Osting of Herculiz, and GoDaddy, she succeeded in getting the ICWP.org domain name transferred to ICWP. In October, Sue will be in Baltimore for the AWRA and NIDIS meetings.

With respect to membership development, Sue thanked Brian for his outreach to Gail Cowie of Georgia DNR. Gail requested a more formal solicitation letter. Sue will provide this, and will use the same approach with Texas, Colorado and the Great Lakes Commission, as well as with other former ICWP members. Sue will also be using a one-page flyer she developed in collaboration with help from Kylee, Julie’s graphics staff member, which highlights the value of membership in ICWP.

⦁ Website Update
Sue reported that the website should be ready by Thanksgiving. The old logo will continue to be used on all communications so that the new one can be launched with some fanfare at the annual meeting in OKC in October. Website designer Liz Osting provided a list of expected annual costs of about $145 as noted above in the Treasurer’s Report (Balances section) of these Minutes. The Directors agreed that the new website should continue to include notable previous ICWP outputs.

⦁ Officers and Committee Chairs
Amy Shallcross will be stepping into Pam’s Director’s slot, a term that expires in 2020, and into the Vice Chair role. Dru Buntin will reach out to Kirsten Wallace (UMRBA) about the possibility of taking on leadership of the Legislative and Policy Committee, which had been led by Dru Buntin during his tenure at UMRBA. Sue will schedule a call for all committee chairs.
Directors at the Board retreat in Estes Park discussed sending a letter to the new USGS Director, James F. Reilly, and copying key contacts, including but not limited to Bill Werkheiser and Don Kline. Sue wanted to reach out first to Chad Wagner, who will be coordinator of the Groundwater and Streamflow Information Program beginning November 1. Among other things, Sue wants to provide Chad with a report prepared by former ICWP Executive Director Peter Evans summarizing the results of a survey that indicated stakeholders believe 70% of USGS’s water budgets should be dedicated to basic data collection and dissemination. USGS is also seeking ICWP’s assistance in identifying pilot watersheds for its “Next Gen” monitoring program. So far, it has identified only one pilot watershed – the Delaware – out of a planned ten. Jen Orr said her sense is that USGS is interested in places with competing interests and needs that can best highlight the benefits of technological enhancements.

⦁ Upcoming Meetings
Annual Meeting in Oklahoma City. Highlights were that the room block at the Sheraton is full. Julie’s assistant will reach out to a nearby Renaissance Hotel to see if we can obtain an additional block at a similar rate. Twenty-four (24) registrants are firm. Others have reserved rooms but not yet registered for the meeting. Sponsors, who receive free registration, bring the projected number of attendees to 39. Tim Feather of CDM-Smith has yet to responded to calls, but Olsson Associates and In Situ will be Grand Sponsors. Vendor tables will be provided around the perimeter of the meeting room, and the sponsor attendees are also willing to step in as speakers if needed. The bus tour plans, which will provide an overview of developments in OK water law, are set.

⦁ Other Business
Dru attended the National Governors Association Policy Institute in San Francisco. A number of ICWP’s member states, including Alabama, Minnesota, and Kansas, attended. A wide range of water topics was covered, including among others, drought planning, infrastructure, regionalization, monitoring and advances in technology. Dru suggested that Sue connect with Bevin Buchheister, NGA’s Sr. Policy Analyst for Environment, Energy and Transportation, to have ICWP included in the future.