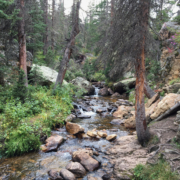 Call to Order:
Jennifer Hoggatt, ICWP Board 2nd Vice President, called the meeting to order at 9:03 a.m. Central time. The Board summary from the September 2, 2021 call was approved. Julie Cunningham made the motion to approve the summary and Amy Shallcross seconded the motion. The meeting summary was approved by unanimous voice vote.

Sue Lowry, ICWP Executive Director, reported that the Association of American State Geologists (AASG) reached out to add ICWP to their list of organizations with whom they hold semi-annual liaison calls on topics of mutual interest. The first call with AASG on September 21st and they requested to have a slot on the ICWP Washington D.C. Roundtable in April 2022.

Sue also reported that John “J.B.” Byrd with John M. Palatiello and Associates, Inc. (JMP&A) spoke to Sue about interest in a coalition to address using current technology for erosion control on infrastructure projects. Byrd may speak at the Washington D.C. Roundtable in April.

Committees:
Due to time devoted to other issues during the Board call, there was very little time left for ICWP Committee reports. The committee discussion was primarily focused on the Nominating Committee and the slate of ICWP Board of Directors and Officer candidates to be presented for voting during the ICWP Annual Membership Meeting in Philadelphia on October 14, 2021.

Upcoming ICWP Meetings:
Much of the Board call was focused on the 2021 Annual Meeting planned for October 12-14, 2021 at the Wyndham Hotel in the Philadelphia Historic District. Registration and fees have been posted on the ICWP web site and the agenda is complete. As of this date, 36 people have registered with 27 of those registering to attend in person and 9 participating virtually.

The 2022 Washington, D.C. Roundtable is still planned to be held April 5-7, 2022 and will be co-hosted by ICWP, the Western States Water Council, and the National Water Supply Alliance.

Board Meetings:
The next Board call is scheduled for November 4, 2021 at 9 a.m. Central time.

Adjournment:
The meeting was adjourned at 9:56 a.m. Central Time.