ICWP Board of Directors & Officers 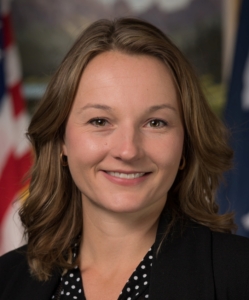 Beth was named Executive Director of the Interstate Council on Water Policy (ICWP) in June 2022. Prior to that, she served as the lead water and natural resources policy advisor for Wyoming Governor Mark Gordon. Beth’s water background stems from her tenure with the Wyoming State Engineer’s Office Interstate Streams Division where she was the lead technical advisor to administration of the Yellowstone, Bear and Snake River Compacts. She also served as the primary Interstate Streams policy representative for the Upper Missouri River Basin and greater Missouri River Basin and supported statewide water planning efforts in conjunction with the Wyoming Water Development Commission. Beth holds a B.S. in Business Administration and Environment/Natural Resources from the University of Wyoming and a Master of Environmental Science and Management with an emphasis in water resources from the Bren School at University of California, Santa Barbara. 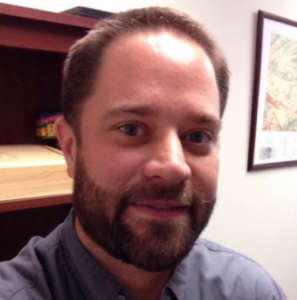 Our membership in ICWP provides the Kansas Water Office the opportunity to stay current on legislative and policy activities taking place at the federal level along with a great venue for information exchange among colleagues on a number of water policy, planning, and data topics. Through the sharing of experiences and building relationships with peers across the country, we are able to draw on ICWP’s collective knowledge and experience to benefit the water resources of Kansas.

Matt Unruh is the Chief of Policy & Communications with the Kansas Water Office, having been with the agency since 2012. Prior to joining the Kansas Water Office, Matt spent nearly 10 years at the Kansas Department of Health & Environment analyzing and working to address issues impacting the water and air quality of the state. A native of south-central Kansas, Matt received his undergraduate degree in Geography from the University of Kansas in Lawrence, KS, and graduate degree in Physical Sciences from Emporia State University in Emporia, KS. 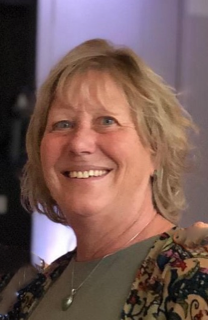 Mabel serves as a Project Manager in the Planning Section at the Wyoming Water Development Office. Her work with the Office includes managing irrigation and municipal water master plans, supporting agency GIS, and river basin planning. Mabel has over 30 years of conservation, recreation, and natural resource planning experience in Idaho and Oregon as well as Wyoming. She is a Certified Public Manager and has a Master’s Degree in Geography. 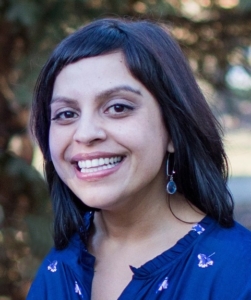 Being a member of ICWP has been valuable for exchanging knowledge and information across the country, and allows us all to stay up to date on the new and emerging water resource management issues and solutions we are embracing. I particularly have found the relationship building so important as we learn from one another, and can be a part of a welcoming community of practice to exchange new ideas and thoughts in this increasingly important field.

Pooja Kanwar is the Water Policy Consultant with the Minnesota Department of Natural Resources. She has been with the Department since 2017, working on water resources planning and interdisciplinary collaborative work with water agencies and partners across the State. She has been in the water resources field for over 20 years, with a focus on human and social dimensions of water resources management. Her academic research specialized in international water resources management and collaborative governance in places across the globe including India, New Zealand, New England, Las Vegas and more. She holds a BS in Geography and Environmental Studies from the University of Iowa, MS in Natural Resource Management and Administration, and a PhD in Natural Resources, with a certificate in Ecological Economics, from the University of Vermont. Pooja lives in St. Paul with her husband and two black lab rescues, Zeus and Veda. When not working she loves to hike, master the art of her family’s Indian cooking, and collect records.

Treasurer and Immediate Past Chair 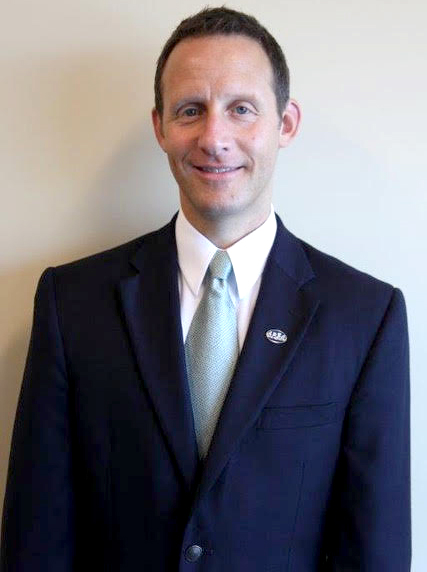 “Membership and participation in ICWP has been a tremendous benefit to SRBC.  The annual meetings and interactions with other members provide practical lessons learned from other states and interstate agencies that are grappling with many of the same issues facing our watershed.  I also have appreciated the opportunity to share my experiences with other water resource managers and to express our needs and interests to leaders of key federal agencies.”

Andrew Dehoff was appointed Executive Director of SRBC in September 2013 following two three-year management assignments at the Commission with first the Planning and Operations program to oversee collection and analysis of water use data and more recently with the Project Review program. The latter work in the Commission’s regulatory program entailed directing the review of proposed water withdrawals and the consumptive use of water by industries, public water suppliers, power generation facilities and the natural gas industry. Prior to holding management positions, Andrew provided twelve years of Commission service as a water resources engineer involved in many aspects of water resources management, including water availability and safe yield analyses, reservoir operations, and drought and flood management.

The Susquehanna River Basin Commission is a federal‐interstate compact commission covering regions of New York State, Pennsylvania and Maryland. SRBC is charged with comprehensive and cooperative management of the water resources of the Susquehanna River, a primary tributary to the Chesapeake Bay. The Commission is comprised of representatives of each of the three states as well as the federal government. In pursuit of its sustainable flow goals, SRBC has entered into agreements at three federal reservoir projects to support power generation, agricultural consumptive water use, domestic and industrial water supply, and to protect and improve instream aquatic habitat. 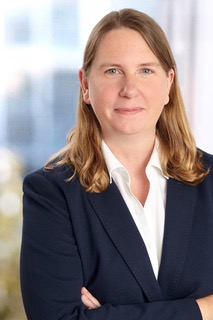 ICWP membership supports our efforts to be even more thoughtful about how we’re adapting water management policies to address complex issues like resiliency and long-term infrastructure needs. Coordination and cooperation are essential to our work. Being able to collaborate with others through the ICWP network and conferences – including with staff from key federal agencies — helps us understand nationwide trends and exchange ideas about creating effective water policy.

Katherine Zitsch serves as Managing Director of the Natural Resources Group at the Atlanta Regional Commission, a position she has held since January 2013. In this role, she is responsible for overseeing the work of the Metropolitan North Georgia Water Planning District, the 15-county water planning agency for Metropolitan Atlanta (www.northgeorgiawater.org). Together, these agencies work to meet the water supply needs of 6 million people in Metropolitan Atlanta. 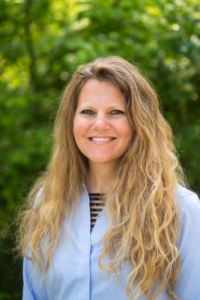 A native Missourian, Erin Fanning received her undergraduate and Master of Science degrees in biology from Central Missouri State University. Prior to becoming a formal part of the water resources community, Erin served as a manager for solid waste management sites where efforts were largely focused on remediation and/or environmental compliance. As a recent addition to the Missouri Department of Natural Resources team, Erin currently serves as the Director of the Water Resources Center.  Erin has carried a passion for the environment throughout her career and is an avid wildlifer in her free time. 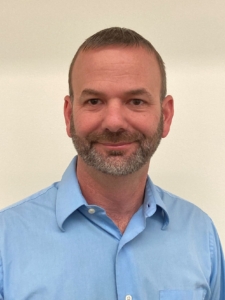 As a member, the state of Illinois values the many benefits derived by the collaboration, relationships and professional knowledge shared among the various states and associations through ICWP.  The Council is a tremendous resource for learning from national and other state’s policies, data and science available to its members.   ICWP membership also provides Illinois a strong shared voice to address critical water issues our country faces today and will in the future.

Wes serves as the Section Chief of Engineering Studies in the Office of Water Resources at IDNR. His responsibilities include conducting and managing flood control design projects, dam removals, flood surveillance, dam operations and water supply planning in Illinois. He has served at the IDNR – Office of Water Resources since 2006 with three prior years in consulting. He has a Bachelor of Science degree in Civil Engineering degree from the University of Missouri – Rolla. Wes is a licensed Professional Engineer and a Certified Floodplain Manager. 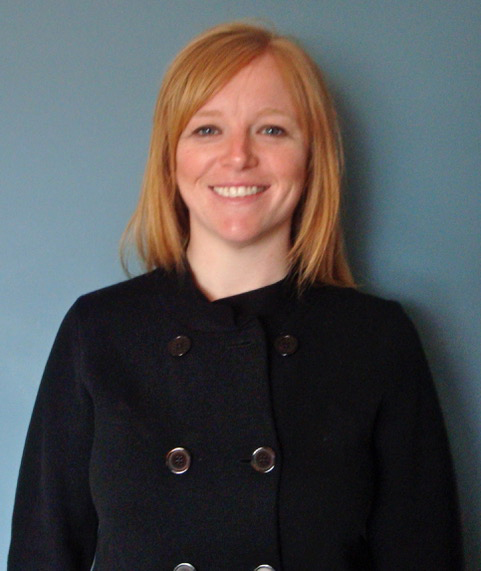 Through ICWP, members are able to work collaboratively with other state and interstate organizations to learn from one another, elevate their issues and needs at a national scale, and better understand how issues they are facing are being felt and dealt with in other places of the country.

Kirsten Wallace was appointed Executive Director for the Upper Mississippi River Basin Association (UMRBA) in 2018. The Association is a 5-state interstate organization formed by the Governors of Illinois, Iowa, Minnesota, Missouri, and Wisconsin to coordinate the states’ river-related programs and policies and work with federal agencies that have river responsibilities. In her position, Wallace develops regional positions, advocates the states’ collective interests before Congress and the federal agencies, and facilitates and fosters interagency coordination, cooperation, and communication. Prior to her role as Executive Director, Wallace served as UMRBA’s Ecosystem and Navigation Program Director for ten years.

Wallace received a Master in Public Affairs degree and a Master in Environmental Science degree from Indiana University-Bloomington, concentrating in policy analysis, public finance administration, and water resources. Wallace received a B.A. in Political Science, with a minor in Economics, from Gustavus Adolphus College in Minnesota.

Amy Shallcross has more than twenty years of experience as a hydraulic, hydrologic and water quality modeler for the assessment and support of reservoir operations, storm water management, combined sewer overflow controls, and waste load allocation studies. Previously, she worked in the watershed protection unit of the New Jersey Water Supply Authority as a water resources engineer and watershed management planner.

Amy is a licensed professional engineer in New Jersey with a Bachelor’s and Master’s of Science in Civil and Water Resources Engineering from Tufts University. 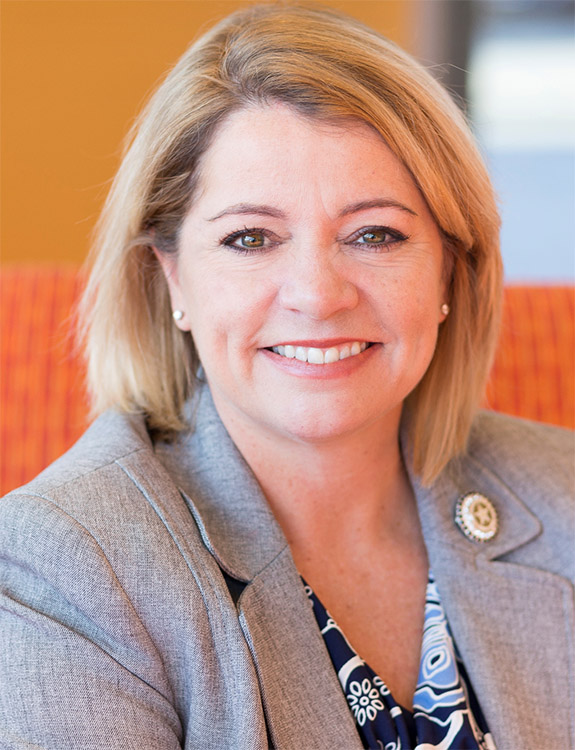 “I value ICWP’s water infrastructure planning and data focus and access to federal leadership as a result of its long-standing presence in advancing U.S. water policy and forecasting tools.”

Cunningham was appointed Executive Director of the Oklahoma Water Resources Board in March 2017 and has served the OWRB for over 22 years in its water quality, infrastructure financing, and water management programs. As Director, Ms. Cunningham oversees all aspects of the Oklahoma Comprehensive Water Plan, water rights administration, hazard mitigation and water quality monitoring programs, as well as the State’s multibillion-dollar water infrastructure financing programs. She currently serves as chairman of Oklahoma’s Water for 2060 Produced Water Working Group, commissioner on four interstate stream commissions, chairman of the Interstate Council on Water Policy, vice president of the Association of Western State Engineers, and is Oklahoma representative on the Western States Water Council.Julie is an Oklahoma City native, an Oklahoma State University alumnus, and an outdoor and travel enthusiast! 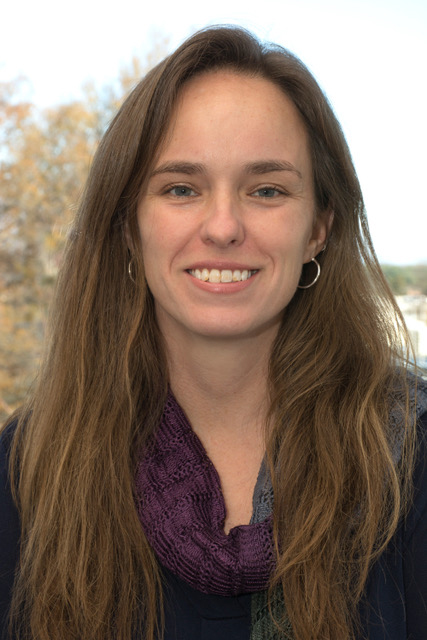 The Interstate Commission on the Potomac River Basin’s (ICPRB) mission is to enhance, protect, and conserve the water and associated land resources of the Potomac River and its tributaries through regional and interstate cooperation. In her role as Director of Program Operations, Dr. Moltz oversees ICPRB’s core scientific programs related to water resources, aquatic life, and watershed analysis. She also leads the adaptive stakeholder development and implementation of the basin-wide comprehensive water resources plan. Prior to joining the ICPRB staff in 2009, Dr. Moltz worked in state and local government water agencies as well as private industry. Dr. Moltz holds a Ph.D. in Aquatic Resources from Texas State University – San Marcos, a M.S. in Water Resources Management from the University of Wisconsin – Madison, and a B.A. in Philosophy from the University of Texas – Austin.