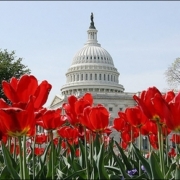 Call to Order—Kirsten Wallace, UMRBA; Chair called the committee to order at 2:00pmCT.

Richard Roos-Collins began with a brief introduction of the Uncommon Dialogue legislative package that seeks to amend the federal Power Act. It is a statute that regulates non-federal hydropower in most states and this package represents the most serious effort to reform that legislation in decades. The package was submitted to Congress on April 4th, 2022 and a briefing is expected to Congressional sponsor prospects soon. Mary, Chuck, Chris and Dave all gave perspectives on the reasons for their involvement in the reform package coalition, including tribal interests, non-governmental organization engagement, setting schedules for relicensing, as well as industry considerations on hydropower relicensing.  Richard offered to provide a follow-up discussion for more in-depth examination of the legislative package if ICWP members are interested. Action Item: Beth to follow up with ICWP members to gage interest in following the package; Richard is also available for one-on-one discussions for anyone who is interested.

3. Updates from Van Scoyoc Associates to committee members—Please refer to the above link to the recording for details. Highlighted topics:

5. Legislation to track (most are a list of carryover items from the previous L&P meetings):