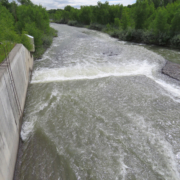 Drew called the Committee call to order at 9:03 a.m. MST

Drew summarized the charge to the committees from the Board at its Planning session in Estes Park in August, 2018.  Each committee member described the interstate activities they encounter or participate in as a part of their agency or position.  Several people mentioned that there is a general lack of awareness about how many interstate commissions and other organizations there are in the US, what their responsibilities involve and how they differ from one another.

Sue will send out the 2006 Executive Summary to the Committee members and the full 2006 report will be uploaded to the ICWP website when the new one is launched in early January.  On the Committee call in January, reviewing the report and determining which areas to focus the update will be discussed.

The National Leadership Institute held a panel on Interstate Water Management at its meeting in November in Baltimore and SRBC, DRBC and ICPRB all were on the panel.  Based on the questions generated during that panel, it is evident that many state water planning staff don’t have a good understanding of how the commissions work and what other interstate organizations exist for river management. In addition to developing the Primer, holding webinars and asking different states to describe how many compacts they are party to could help educate members.  Highlighting some of the recent interstate litigation, such as on the Republican River could also be good webinar topics.  Other topics that can be interstate in nature and could be addressed by the committee include:  fracking, cooling water for hydroplants and groundwater modeling.

The Primer could include a longer report as well as a one page, 2-sided fact sheet on Interstate Water Management and organizations.