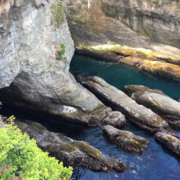 Sue had sent out the draft legislation as well as a Section by Section review.  Kirsten provided some background: MRCTI has been working with them, but MRCTI did not solidify support prior to the announcement of the bill language.  The sponsors are on T & I Committee and might try to roll into other legislation.  States (through their Homeland Security agenda) would administer the loan fund as written.  ICWP could ask states their position. Rep. Craig holding an event next week; UMRBA had been contacted by Rep. Craig’s office and we could ask them to give us a briefing in Sept. on the next committee call

Committee agreed to add support for the concept of the Disaster Resilience Revolving Fund to Sept.  One improvement might be to add that Homeland Security agency could delegate grant administration activities if other agency within the state might be better equipped.

Three items were discussed for including:

Beverly Hayes had sent us some clarifying language related to the technical services portion of PAS and the inability to use in-kind to meet the cost share obligation.  Many ICWP members may also be concerned with the recent USACE HQ direction that PAS only be used on flood related requests.  Matt will provide an example of a non-flood use of PAS funds in Kansas. The committee agreed to ask the Board to send a letter to RD James reconsidering the flood restriction on PAS funds.  Sue and Kirsten will work on a letter. Katherine also noted the recent HQ denial of a water supply re-allocation on a reservoir in TX.  If other WRDA suggestions come up at the annual meeting, that would still be OK from a timing standpoint as the congressional committees are just now starting to develop the language for potential passage of a WRDA 20 next year.

Sue re-capped the Action Plan that was released at the Forum (https://www.usda.gov/topics/disaster/drought).   Katherine noted the 2 weeks forecasting limitations that impact the skill of forecasts greater than 14 days out.  Tom asked how the state’s role in drought monitor input could be expanded and improved. He will be attending the author’s meeting in Bowling Green.