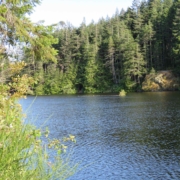 An additional issue to work on during visits in April is concern with liability clause language in partnership agreements with the USACE.  Kirsten described the clause that deals with full indemnity of the Corps by the States and many state constitutions don’t allow for this indemnification to be agreed to. Additional concern deals with project life definition in the maintenance agreements.  Project life used to be 50 years and recently the USACE have changed to “in perpetuity”.  Together, these obligations have made it prohibitive for the states and non-profits to enter into agreements.  The National Association of Fish and Wildlife Managers are addressing and raising the issues nationwide.  A report on this topic was undertaken by the National Academy of Public Administration. The T & I Committee didn’t want to address until the report was completed by the National Academy. The Report is still not released—they completed interviews, but did not have staff to do legal analyses.  Their approach was to list the responses in an appendix and recommend to study.  This will not provide T & I guidance on how to remedy the problem. Pressure will need to be put on the Corps to release the report to Congress.  This committee agreed that teeing up issue at the Roundtable would be a good agenda item.  The O & M time frame issue could be changed by the Corps, but the liability clause needs a congressional fix.  Getting a one-page briefing paper on this topic for the Roundtable packet would be good.

Kirsten mentioned a product named Knowlegis offered by Congressional Quarterly that does this for a fee.  Sue will look into how much a subscription would be for ICWP