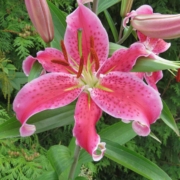 Bob began by summarizing the increases the Water Mission Area (WMA) received in the FY21 budget.   The WMA fared well, receiving increases of $32M, while the total increase Survey-wide was $40M.  He described the recent action by Congress to earmark where CMF increases can be used.  While appreciative of the expanded budgets, it can be difficult then for the WSC without those specified needs.  For example, only 19 Urban waters across the state.  HIF had received $32M and another $3M in FY21.  NGWOS about to finish out the investment in the Delaware with increases and starting to instrument the Upper Colo. USGS will be picking fourth basin by end of this year (Pacific Northwest and focus on eco-flows). Eco-flows would also include how all the federal agencies respond and work together.

If FY2022 increases are realized, here are plans for how they would be directed:

House could release their mark on FY2022 Interior budget as early as next week.  Due to difficulties with hiring new federal employees, USGS using universities and other contractors to expand capabilities with funding increases.  Bob mentioned that the NAS has sent a list of possible USGS Director candidates to the White House, but no other information on who’s on the list or timeframe for naming a USGS Director.

Discussion that perhaps next year’s stakeholder funding letter should make a stronger case that if the FPS program were more fully funded, the CMF dollars that could be freed from supporting ages could go to many other worthwhile projects supported by cooperators.

Due to time constraints, the remaining agenda items will be deferred until next meeting:

Set next call or webinar –USGS Ecosystems representative will be invited to give a budget overview similar to the information Bob presented today for the Water Mission Area.  Bob will provide contact names to Sue.  If an Ecosystems rep is available, the next call will be held Thursday, July 22, but may be moved depending on their availability.