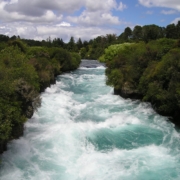 Kirsten recapped the events that led up to ICWP sending the letter to Acting Secretary Bernhardt and the lack of response ICWP has received from multiple contacts to various staff at HQ of DoI.  Sue described the Congressional conference language that was in the appropriations bill for Interior directing the Dept. to be “transparent and involve stakeholders” in the reorg implementation.

Added on support for the Next Generation Water Observation System this year—past letters had only supported the 2 streamgaging programs. Intern Jackson Drury is doing a good job tracking signatures and updating contacts.

Several questions were raised relative to the National Water Model.  Sue will draft a request to Tom Graziano to cover several topics of interest to ICWP including how other federal agencies have been involved, progress on modeling for future water supplies and how low flow predications will be incorporated. We will also ask the NIDIS rep at the RT whether the July 30-31 Drought Forum is open or by invitation.  Kirsten and Jimmy Hague from TNC will make a presentation at the RT on the Project Partnership Agreement concerns.

Sue described that CQ had shown her a demo of Knowlegis and while it has many features, the cost is exorbitant for ICWP’s budget.